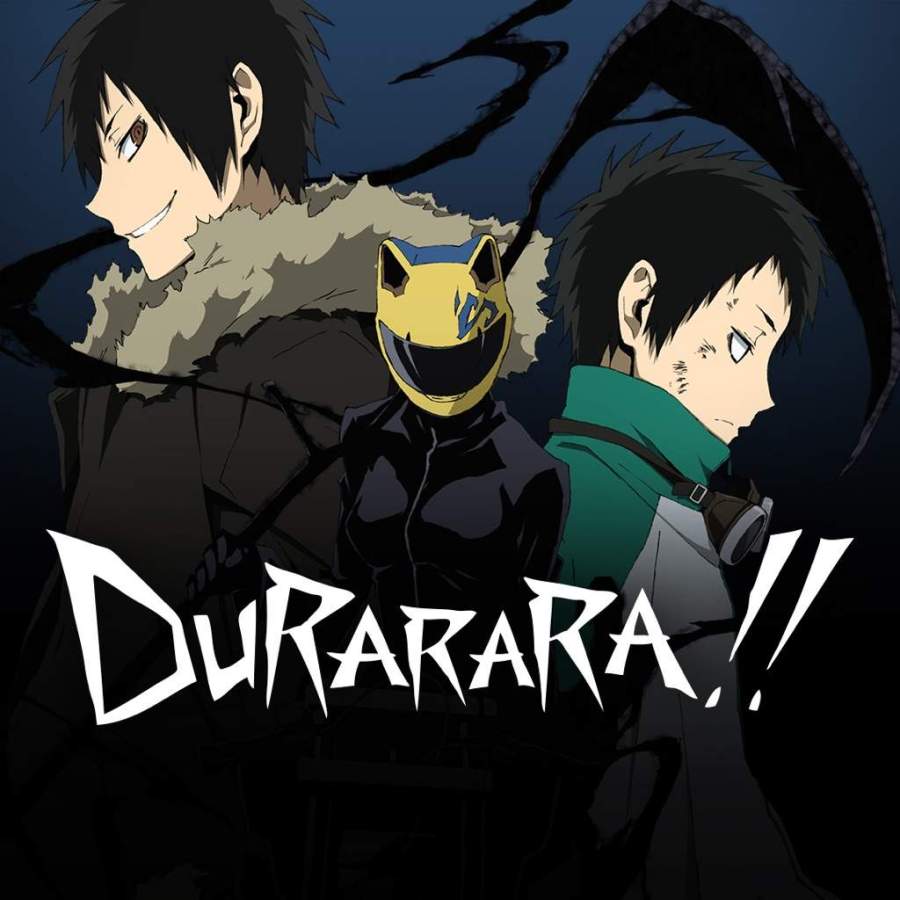 Summary: Mikado moves to go to school with his best friend from childhood, Masaomi. Then he discovers the extraordinary in the quirky cast who inhabit the town.

The music is my favorite part. The two openings and the first ending are amazing and I wanted to listen to them on repeat. Also, there was interesting music in the background throughout that did a good job of putting the audience on edge and assisted with the emotions of a variety of scenes.

The quirky characters – Mikado and Masaomi were my favorite from the beginning but there are many interesting characters. Izaya is fascinating and terrible. Shizuo and Simon added a lot of interest in the supporting cast. Celty and Anri are such awesome female characters.

The art – clean, consistent, colorful. There’s a lot of visual interest but it knows how to focus on the characters for the storytelling.

The relationships… Celty and the doctor sometimes made me cringe. Maki and Masaomi didn’t necessarily make sense. Seiji and Mika… that was crazy. She stalked him, he nearly killed her, she got plastic surgery to look more like Celty’s head… And when all that was revealed, they decided to be together.

Celty’s head – I feel like this was dropped a little too soon. That is Celty’s head and the doctor telling her she doesn’t need it is pretty ridiculous. But we’ll see what happens in season 2.