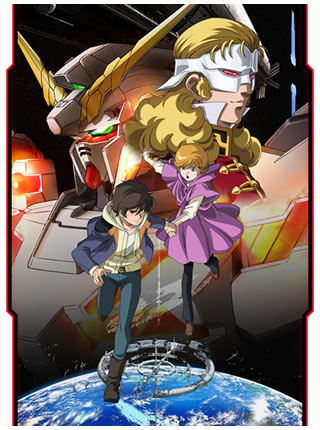 Mostly this episode centers around Federation and Zeon soldiers being reluctant allies on the Nahel Argama because they all want to get Laplace’s Box. But as the episode progresses the peace on the ship falls apart.

I hesitate to say that this episode was slower than the previous, because there are battles and people not getting along. Lots of drama there. But there is recovery going on and the machinery is being fixed while soldiers recover. There’s also discussion of what both sides want to do. Zeon wants to cut space off from Earth. Boycott them. This would force Earth to be independent but would also cause quite a bit of resentment and possibly another conflict. Audrey and Full disagree. Full also confronts Banagher about what he’s trying to do by representing “everyone.” There’s also a discussion of being a “vessel” which is going back to his earlier conversation with Banagher about whether or not he is the clone of Char.

There’s only one episode left… Both sides have the coordinates of Laplace’s Box. My concern is that the whole thing might be over-hyped. Although that might serve the irony of it all, maybe. Prediction, it’s someone giving a speech about how humans need to get along because both sides need each other to survive.